Destination: It’s about time I hiked a few miles to a hidden waterfall, right? The trail to Laie Falls is a straight shot to the interior wilderness in the northeast corner of Oahu. Seven miles out and back, the trailhead lies on private property at the end of Poohali Street in Laie. An easily obtainable permit is necessary from Hawaii Reserves, Inc. and can be picked up in the shopping center just before the turn off for the Naniloa Loop.

Soundtrack for the drive: Krishna Das, Chants of a Lifetime

Quotes of the Day: The mind is everything. What we think we become ~ Buddha

All our pain is in our head ~ Some other dude

I’m struggling with the loneliness today. Maybe it’s because it’s Friday and even though I’m off from work, I have no plans for the night. Maybe it’s because I know I’ll be posting pictures of my dogs to Facebook at 10:00 pm rather than hanging out at a bar. Or maybe it’s because I just passed a driveway filled with signs that read Go Ahead Try To Enter, If You Have Blood You Will Bleed, One Way In – No Way Out.

It’s a little eerie here. The first half mile is plastered with No Trespassing and Do Not Enter signs. I’ve already been passed very slowly by three pick-up trucks with darkly tinted windows. I’m nervous about my car as I’ve read about vandalism in some of the more remote parts of the island and frankly I wouldn’t mind having a strapping mature man walking next to me right now, but as usual my dogs will have to suffice.

Once we actually get to the trailhead it’s normal happy magnificent woods. The uneasiness of our entry fades as we begin the ascent. 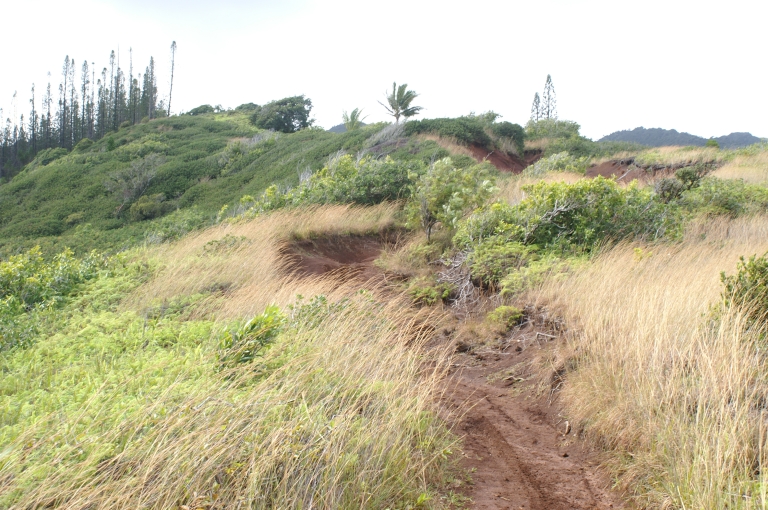 And it’s beautiful in here. 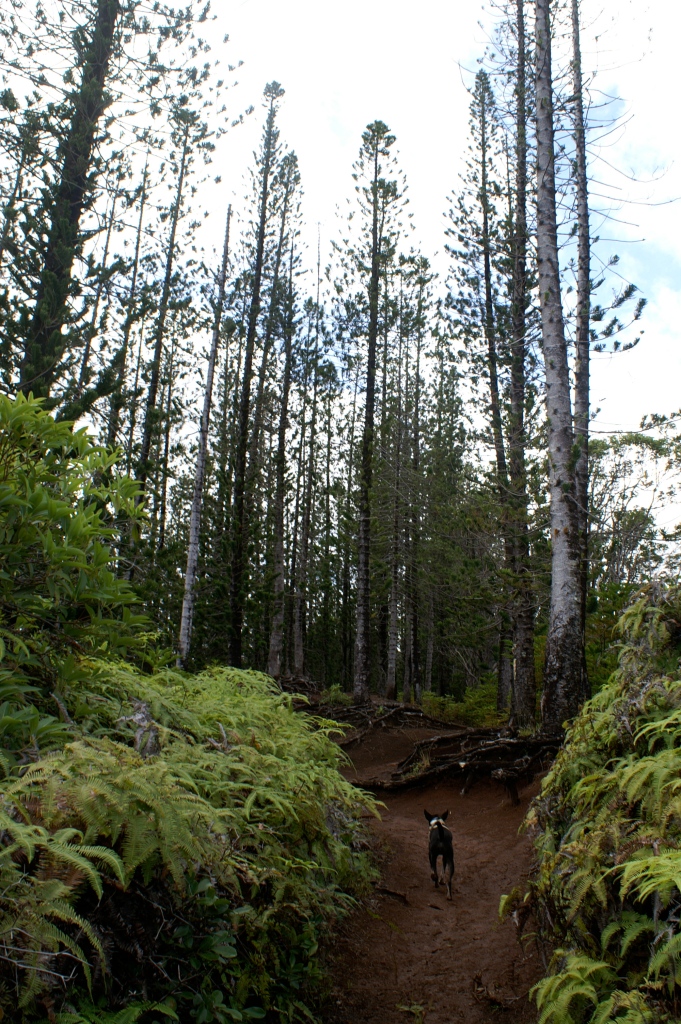 There’s quite a bit of mud and my sneakers are soon caked. Long dried up spindly conifer needles from the ground are sticking to the mud and swishing against my ankles as I walk. It makes me a little crazy but my attempts to remove them from the soles of my shoes are futile. I have to step on them with one foot and move forward in order to release them from my other foot. The result is a sort of solo cha-cha-cha that has the dogs cocking their heads to the side. I’m getting nowhere with this as every step forward adds more needles than it releases.

My frustration grows until I give up. How ironic that these are the same kind of spindly needles that hydrated me at the peak of my panic just a week ago in Kuaokala. How fickle our feelings can be from one week to the next.

About an hour in I reach a long tree tunnel. The ground is a swampy mess of mud and flies as I pass a group of boys heading to the summit for a campout with their dad. I’m passing a lot of people today. It’s a holiday so plenty of folks have the day off. I can’t help noting I’m the only one hiking alone. 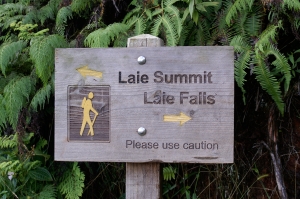 Thirty minutes later I’ve made it to the spur trail that leads down to the falls. It’s a very steep and slippery descent but it’s worth whatever effort it will take to get back up. Before I know it I’m doing exactly what it is I wanted to be doing. I’m sitting on the edge of a hidden waterfall deep in the woods of Hawaii with my best buddies right beside me. 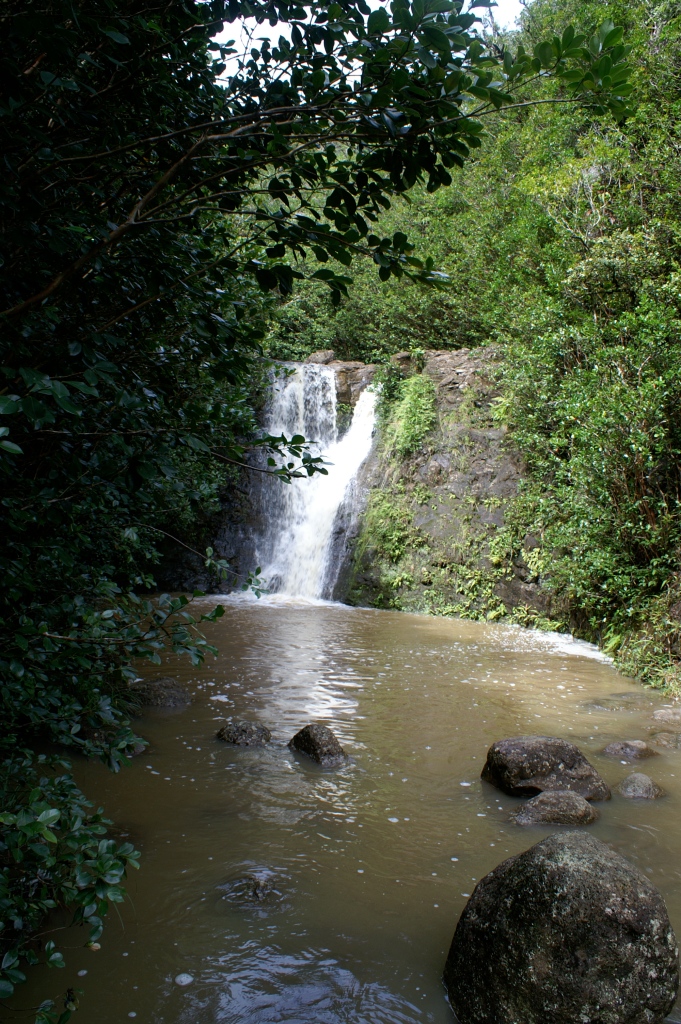 Yah I want the human companionship, the husband and the family and the Pottery Barn decorated house. But I can’t let myself forget that I already had some of that. And I gave it all up in order to pursue exactly this. I succeeded. I got what I wanted. And every time I calm down and release the sadness of the lonely, I remember I’m doing a really good job of staying true to myself, and it starts to feel more like the gloriousness of empowering solitude. The rest will come, most likely in a completely unexpected package, whenever it’s supposed to. For now this life I’m living really ain’t half bad.

Lesson learned: The trail to Laie Falls is a muddy one. 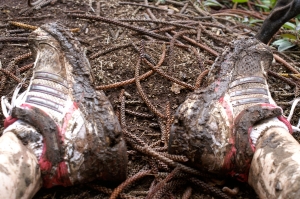 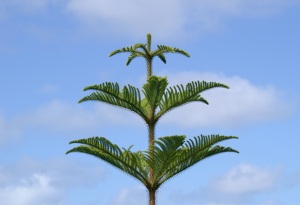